Florida is known for its lush landscape and pristine beaches. And people flock to Florida every year, all year, to experience all Florida has to offer. Clearly, the diverse culture, marshes and swamps, historical treasures, and beautiful beaches draw visitors and make them want to stay. But why are green iguanas bad for Florida when they seem so docile?

Unfortunately, Florida has some unwelcomed guests as well. But, these are the invasive animal species that are destroying much of what Florida is all about.

Keep reading to learn why the green iguanas are bad for Florida and its delicate ecosystem.

Getting to Know the Green Iguana

If you have ever encountered a full-grown adult, you will know they get huge. Iguanas can grow to more than 5 feet in length and weigh up to 17 pounds. They can be green, brown, blackish, and even have an orange or pink tint during a specific time of the year.

These iguanas have neck, back, and upper tail spikes with dark rings on the tail. And green iguanas can live up to 10 years in the wild but 19 years in captivity.

You can see these iguanas in urban areas, suburban developments, agricultural areas, and even small towns. In other words, they could survive all over Florida. They roam and hang out on the ground, in shrubs and in trees.

Furthermore, they are great swimmers in both saltwater and freshwater. They may even take a dip in your home swimming pool.

You should note that iguanas are not aggressive and will not intentionally harm humans or pets. The damage is done because they are non-natives, and they are spreading rapidly.

Florida Distribution of the Green Iguana

The green iguanas are initially from Central America to South America and some of the eastern Caribbean islands. However, they were found to be in Florida in the 1960s.

Coral Gables, Hialeah, Key Biscane, and Miami-Dade’s southern coast have a large population that has spread throughout most of Florida.

Now, they are not cold tolerant. So, they will probably not venture any further north. Also, if Florida was to get a really lovely cold snap, we may thin the population. (But don’t hold your breath!)

The Impact Green Iguanas Have on Florida

Did you know over 500 non-native plant and animal species have been brought into Florida? Unfortunately, they are messing up the delicately balanced ecosystem. You see, each location for an animal was created to sustain that animal’s life and assist in the circle of life surrounding it. So, each plant and animal serves a purpose for the ecosystem in which it lives. Thus, when a new species throws that balance off, the system will not thrive with its original intention.

And green iguanas are no exception.

“The Florida Fish and Wildlife Conservation Commission has ruled that within the next few weeks the breeding and dealing of 16 of the most ecologically damaging non-native species must be brought to a halt. The ban will apply to several types of pythons that have proliferated to crisis point in the Everglades, as well as all types of tegu lizards, anacondas, Nile monitor lizards and green iguanas.”

Green iguanas have increased in number in the state of Florida since they were first seen here in 1960. Here are just some of the damage they created to our state.

The Invasive Species of Florida

There are always things residents of Florida can do to help keep our homes, neighborhoods, and ecosystems free of unwanted pests. Here are a few suggestions to get you on your way to helping with the problem in your area.

Some people are against harming green iguana since they are exotic and do no intentional harm. But there is no doubt, they cause damage to the balance of Florida’s natural state. So, whether you are dealing with a green iguana, a tiny ant, or a massive invasive animal species, you can count on World Class Wildlife Removal to assist you in your plight to remove the pest once and for all. 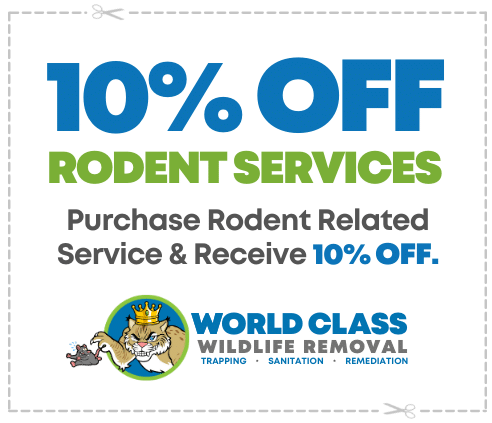